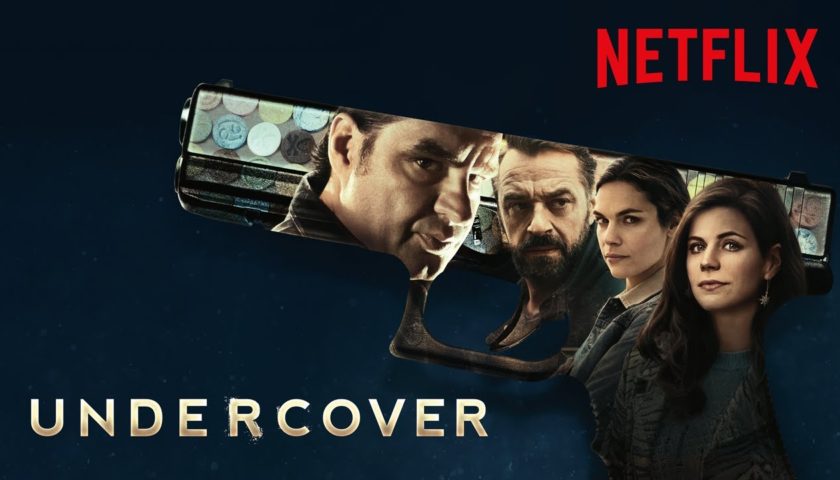 Review:Today, Netflix made another addition to their all-time favorite genre catalog in the form of Belgian crime drama Undercover. Loosely based on the exploits of Janus van W from Eindhoven, The Netherlands, the Original Series chronicles the exploits of Ferry Bouman (Frank Lammers), a drug kingpin living it up on the Dutch-Belgian border whose cushy business is threatened when two undercover agents, Bob Lemmens (played by Tom Waes) and Kim De Rooij (Anna Drjver), move into his territory.

With that setup, you won’t be surprised to learn of the overall familiar shape that Undercover takes across its 10 wonkily-paced episodes. As ever, tension is generated by the ever-present danger of exposure facing the undercover agents, with all the usual twists, turns and double-crosses keeping things tense and watchable if not exactly surprising. The comfort of tropey television isn’t lost on me, but even so Undercover is a bit too reliant on formula and been-there-done-that set-pieces for its own good.

At least it’s well made — if not entirely well-packaged for international audiences given a predictably less-than-stellar English-language dub. But there’s some style and confidence here that helps to make up for a notable lack of originality, although it can’t be said that the show’s setting — right in the apparent trafficking hotbed of the Dutch-Belgian border — really adds much of note to the series.

Inoffensive performances and a well-oiled genre engine keep Undercover going, just, but the global popularity of stuff like Narcos doesn’t make for a favorable comparison. Netflix seems content to pick up this kind of content wherever in the world they can find it, and there will presumably always be an audience for it, but I can’t imagine Undercover enticing one that hasn’t already seen everything it has to offer multiple times before. Still, if you have nothing else to do this weekend, it’ll keep you busy.