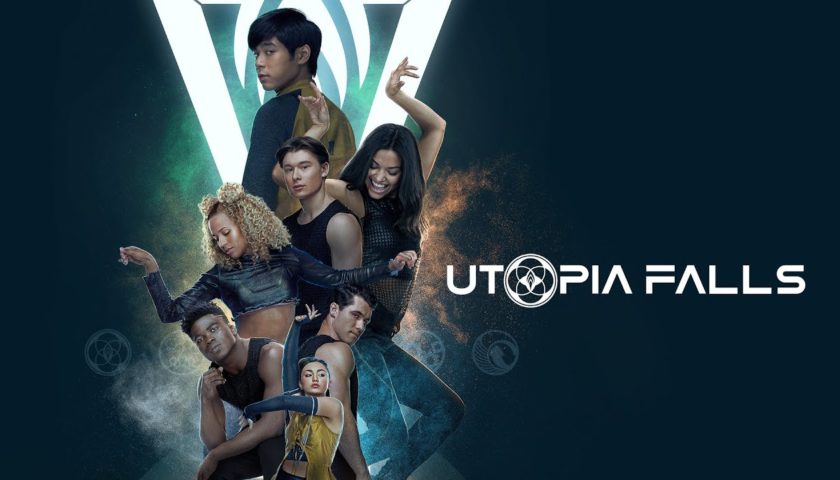 This show is getting way too much hate for something so new. Yes, it had a terrible trailer and a bad first episode but those things don’t truly represent the quality of the show!

Don’t get me wrong, I thought it was complete crap in the beginning too. I thought it was gonna be a knock off version Hunger Games, Dance Dance Revolution style but give it at least 3 episodes and you’ll see the potential. I just finished the 1st season and it left me wanting more!

I’m not guaranteeing that you’ll love it but you can’t based your opinion on reviews of people who haven’t even watched the whole thing and have only seen the LESS THAN 2 MINUTES LONG trailer or the bad first episode.

It’s a show about a group of teens who realize their society isn’t what it seems to be and end up leading a societal revolution through music, dance and art. The best way I could describe it like ‘The 3%’ meets ‘Hunger Games’ meets ‘The Giver’ with a sprinkle of ‘Divergent’ but a bit more matured and less reliant on the coolness of technology. It pays tribute to music and dance from different cultures. It shows how if we don’t learn history, we are doomed to repeat it and that knowledge is power.

I know it might seem like a shallow concept but if you actually watch it, you’ll see it has potential. Yes, it’s a bit predictable, uses typical tropes and is probably targeted towards 13-16 year olds but it still pretty good.

Personally, I’d rate it a 6.5-7/10 but since the majority of the people who rated it badly haven’t even seen the full show, I’m rating it 10/10 to give it an even chance.

If you managed to read all of that, thanks for listening to my little TedTalk. Hope you don’t listen to the mean comments and reviews and actually give the show a try.