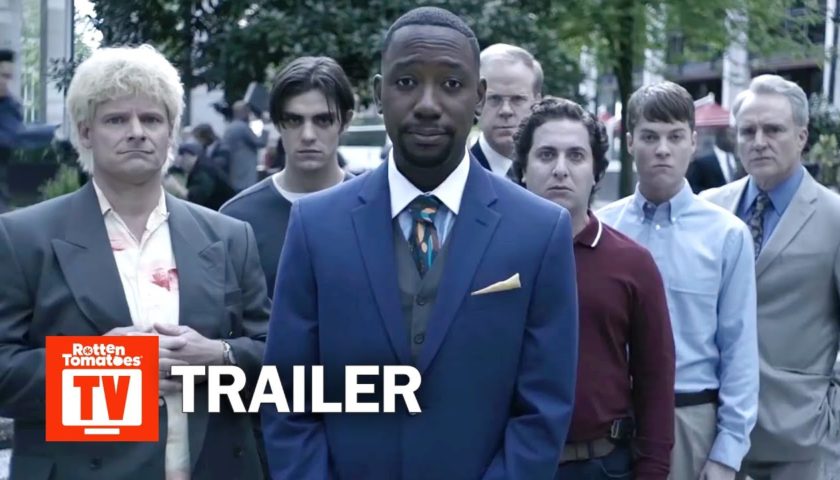 Review: The birth of the technology industry is an interesting story, one fueled by big money, hubris and creators’ unique ability to see a world that might be overlaying the one that exists. That’s the message that comes through in about half of National Geographic’s new series, “Valley of the Boom,” which had its world premiere at the Tribeca TV Festival Sept. 21 in advance of its Jan. 13 premiere. The portion of this hybrid scripted-nonfiction show drawn from interviews with real-world tech pioneers and scenesters (among them, recognizable faces including Mark Cuban and Arianna Huffington) is light but enlightening.

By contrast, the time the show spends dramatizing the stories its talking heads explain is poorly spent, spinning a relatively thin narrative into a six-episode run through repetitious and tiring use of post-modern storytelling techniques that are as tired today as a dial-up modem.

The series tells the stories of three startups in the 1990s — Netscape, the early web browser; TheGlobe.com, a nascent social network; and Pixelon, a video streamer. Each site was a pioneer of sorts in an aspect of web culture that would come to be totemically important in the years ahead. But the three stories don’t intersect enough to make the show add up into an interesting narrative instead of a fitfully engaging picaresque: Indeed, Pixelon’s status as a site run by an obvious con artist working under an assumed name (Steve Zahn, delivering a gonzo performance that belongs on another show) makes it so incredibly specific as to cut off what we could potentially learn from it. It doesn’t fit into a show whose other two threads tend towards companies that could exist today, and their existence as part of a bubble that looks plenty realistic without being goosed by strange character detail.

After all, a show like “Valley of the Boom” makes a sort of implicit promise, that its plumbing of recent history will provide not just interesting anecdotes but insight about the world recent history delivered us. The truisms the show provides — that the tech industry is a chaotic and often-greedy place — aren’t quite nourishing enough to justify the sit. Had Marc Andreessen, the Netscape pioneer still active today, been willing to sit for an interview, there might have been more meat on the bone. Watching his story re-enacted by the able John Karna and explained by contemporaries leaves a void in the middle of what’s likely the show’s most resonant and relevant story. Asked to explain the psychology of the sort of founder who’s come to define our world, “Valley of the Boom” has to guess, and ends up with a portrait — of a driven and fairly awkward fellow who ultimately means well, even if he’s not the most collegial co-worker to CEO James Barksdale (Bradley Whitford) — too vague to leave an impact.

The show’s lack of meaningful insight is driven home by its flashiness of technique. Lamorne Morris plays a composite character who, repeatedly and to the point of viewer frustration, points out that he’s a composite character; other characters point out that they’re in the midst of an extended metaphor, or break into an elaborate choreographed dance sequence to celebrate their good fortune. A little flirtation with oddity would place this show firmly in the recent tradition of the film “The Big Short” as willing to be adventurous with its subject matter. As much as exists here suggests a show that ultimately doesn’t trust its own story, even as it’s a story that notionally is of interest to anyone with a smartphone in his or her pocket.