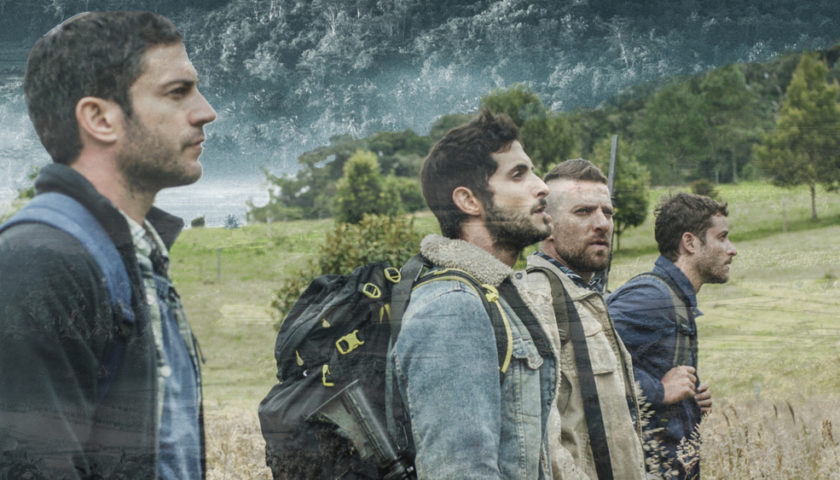 Review: Aviv, Benda, Himler and Duby were inseparable. The four of them and Yaeli. But then came the war and tore them apart and each of them dealt with it in their own way, by themselves. Years after, Benda spots a photo of Yaeli in a local newspaper in Bogota, Yaeli, who was presumed dead in a car accident in Columbia. The four friends reunite to find Yaeli.

When Heroes Fly is based on a novel by the same name by the Israeli novelist Amir Gutfreund but it is not an adaptation. A Keshet Production, in 2018 it won the “Best Series” prize in Cannes and the remake rights were bought by the USA. A significant success for a local production (albeit not the first one….). So what is so appealing to audiences in this story?

The story is very local, rooted in the Israeli experience of life, mandatory service, occasional armed conflicts and wars and the after-army several-months-long back-pack trip to Asia or South America. As the Israeli parody “Erez Nehederet” said it plays on the deepest, most delicate feelings of the society. The fact the two main actors are Ninet Tayeb and Tomer Kapon, two household names added, to the attraction of the project and the public’s attention. But although the setting is local the story is universal and it builds on well-established genres and techniques in cinema and TV.

One such technique is the quest narrative. A hero goes on a journey to find something or someone, overcomes obstacles, learns a thing or two about himself, finds the object he looks for and fills a lack his life. The four friends go on a journey to find Yaeli, but the leader of the group is Aviv, who was her boyfriend and who pushed her away quite cruelly because of his PTSD. The loss of the love of his life and the guilt for pushing her away and possibly, however indirectly, causing her death left Aviv an even more troubled man than he was after and due to the war. The quest to find Yaeli had the promise of redemption, of forgiveness and of healing. To this narrative, we can add the “damsel-in-distress” trope that also works well with the plot. But I won’t spoil it any further…

However, this is not all. The plot develops in a detective-action style. The quest for Yaeli leads them to the depth of the Columbian Jungle and develops as an investigation. Each episode they discover another piece of the puzzle, which leads them one step closer to finding what they are looking for. There are villains, there are fights and there is an ultimate battle which takes its toll on the small group of heroes.

The quality of the filming and acting, the editing and the wise use of soundtrack create a quality drama that is fun to watch. A quick-paced drama, it has action and fighting alongside heartfelt moment of candid conversations, blowing up things and shootings alongside some very emotional scenes. And an ending that leaves the viewers with a bitter-sweet heart. What else is needed?