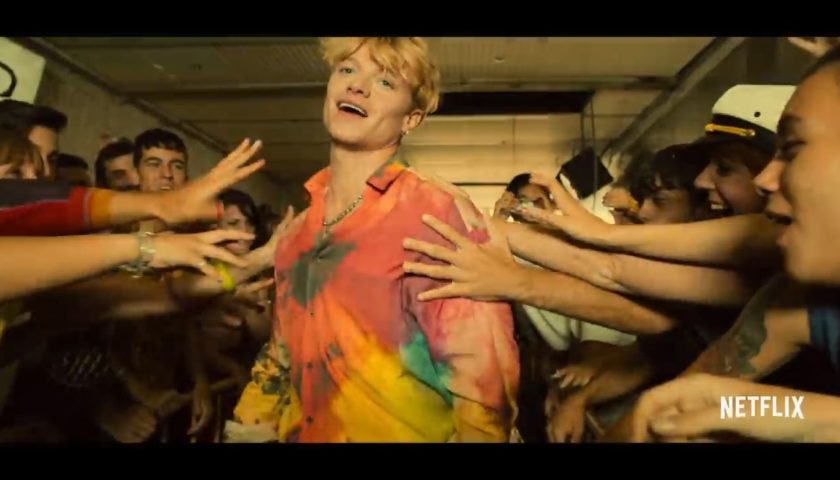 The premise of the story is a good one, Sister heads to the white island of Ibiza as her brothers dead body has been discovered 20 years after he went missing. She heads out to try and find out what happened to him.

The locations for filming on the Isle and the beauty of Ibiza shines through on screen in most scenes and is a reason to continue watching.

But what is it, a murder mystery ??? Yeah in a sense, a voyage of self discovery, yeah its that as well, is it a comedy, well there is comedic scenes peppered throughout, Is it a drama about feuding families, tick, is it about the clubbing scene in Ibiza, tick that box, is it a parody, at times yes.

This is its problem it is all over the place following many different side plots and side themes. You barely get a feel for any of these ideas or stories as many never go deep enough.

The soundtrack is a mish mash of old and new but nothing fits into the period of music at the relevent times not that it’s bad music but it never seems to feel right.

The acting is so so, some good some bad some awful, The only really charasmatic performance is for a character called Boxer who makes the show worth watching.

There is lots of nudity and sex of course being set in Ibiza but again it all comes across a little contrived.

If your looking for Nostalgia then it does not capture the time at all, most of it is set in the present day anyway with occasional flashbacks.

Overall it’s not terrible but nothing special or great either. The main reason I continued to watch was the scenery and the character Boxer by the end I didn’t care what the circumstances of her brother’s death were.