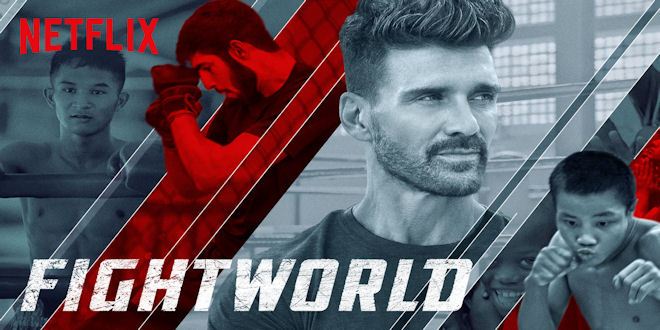 Review: Frank Grillo is an actor and a fighter. The Captain America star has fought for more than 20 years, and his passion for the sport has found its way into his career on more than one occasion, most recently when he played Alvey Kulina for four seasons on DirecTV’s Kingdom. Alvey was a fighter-turned-trainer-turned-fighter-again whose life revolved around the cage. The role gave Grillo an opportunity to put his years of training to work on the screen.

And now, Grillo has found a new way to explore his passion for fighting on screen. In FightWorld, Grillo hosts a docuseries that travels the world in order to explore different traditions and methods of fighting, as well as the cultures in which those traditions have evolved. The series will travel to the likes of Israel, Thailand, Myanmar, and Mexico to learn about different fighting styles and the people who use them.

EW has an exclusive first look at the series, along with the release date: FightWorld will hit Netflix on October 12.