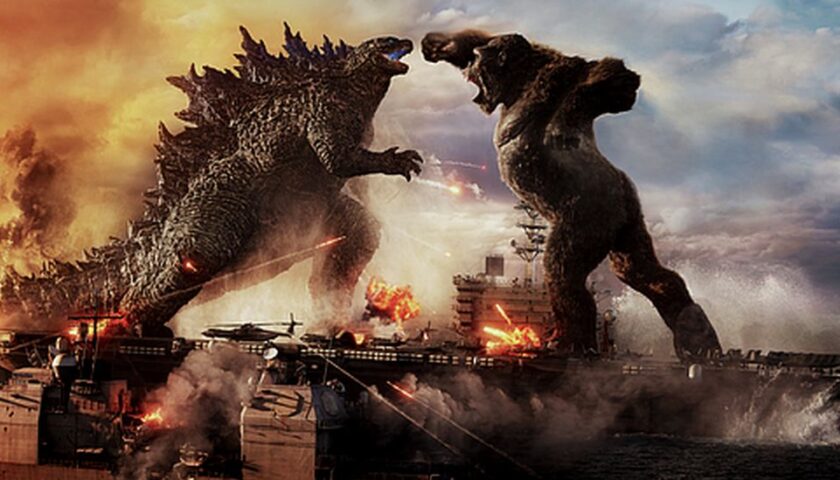 Godzilla vs. Kong has been hitting the theatres since March 24. The movie is breaking the pandemic box office records as it had reached $60 million by Friday evening at the domestic box office. Worldwide, the film grossed more than $285.4 million. This makes the movie go beyond $200 million with the fastest since the pandemic started. It took 12 days for Godzilla vs Kong to reach this gross while Tenet took double the time, i.e 24 days to reach there. Last weekend, U.S theatres were driven by Godzilla vs. Kong and in the first five days, the movie had already accumulated a total of $48.5 million.

More than that, Hollywood Gossip found out that the picture took only three days in China to reach more than $44.2 million. By last Sunday, the movie had reached over $137.1 million in earnings in China. With that, it became the largest market for a monster mash-up film naturally. Followed by it is China is the U.S with $60 million, Mexico ($12.9 million), Australia ($10.9 million), Taiwan ($9.7 million), and Russia ($9.6 million).

The president of international distribution at Warner Bros. Studios, Andrew Cripps, mentioned in a statement, “it’s no surprise that these two iconic titans would lead the charge back to theatres around the world and even exceed expectations in such a massive way. With our incredible numbers in China leading the charge, and powerful openings in such markets as Australia, Saudi Arabia, Mexico, and Taiwan, we are looking forward to a robust theatrical run for Godzilla VS Kong across the globe.”

Adding to it, Mary Parent, the vice-chairman of global production at Legendary said, “the global reception to the theatrical release of this film is a positive sign for movie-going as people continue to look towards entertainment in a pandemic world.”

For more updates about your favorite movies, stay connected to Hollywood Gossip.